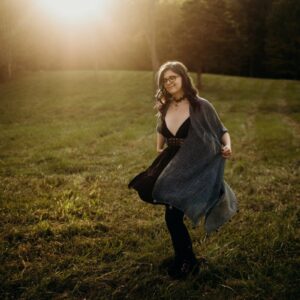 Hello! Thank you for visiting the blog at Living Healthier Ideas, I am Cristina Pettersen C and I am excited about this blog post. As a Holistic Life Coach and Healer, I am all into a Holistic Lifestyle, Healing, and Self-Love.

If you are wondering about the difference between a spiritual channel and a psychic or want to find some support to connect with the spirits of those you love and past lives.

I had the pleasure of meeting and interviewing Shannon Shine, she is a light bearer, healing facilitator, passion project coach, and energy work practitioner, with a focus on energy medicine for healing trauma and coping with anxiety and life changes.

Who is Shannon Shine?

Coming from a life of many traumatic experiences and much loss, Shannon created a platform and various programs to help others find their way out of dark times and into a lifestyle of light.

Shannon’s mission is to be a light for others while also helping them ignite their passions and find a deeper connection with the divine spirit and themselves.

Shannon is connected to the spirit world through an energetic channel that has guided her throughout her life and has a powerful intuition and varied medium capabilities. She likes to use her connection to help others connect with spirits of those they love as well as spirit guides, past lives, and beyond.

As a podcaster, she is the co-founder of the Bring Me 2 Life Network, a multidimensional online platform full of inspirational media to encourage a collective connection. 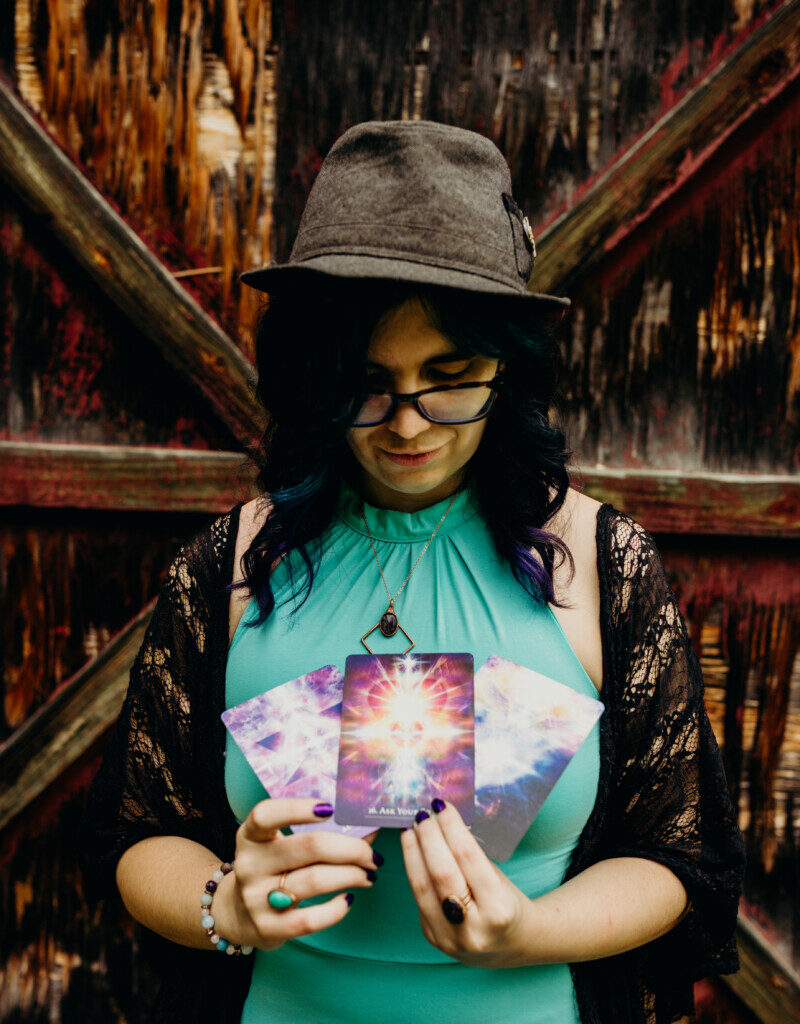 What led you to be a spiritual channel?

When I was really little I started connecting with energy in really unique ways. I was always feeling like there was something more out there than people were willing to see. I was very creative and people used to think my imagination was going wild. My “imaginary friends” had a way of helping me stay safe and warning me when things were coming that I may need to be prepared for. At the age of 4, I started to see what I called an Angel whom I refer to as Michael. That angelic energy communicated with me basically telepathically as I would feel the conversation in my mind and heart; and though I say I saw it, the energy figure was more in my inner eyesight. This energy gave me a warning that my mother was not going to be around for very long; Spirit needed me to know that everything would be okay, everything was happening for a reason, and I would still learn to talk to her if I believed I could

This experience changed my family. No one wanted to believe me and asked that I not speak of such things. Two years later my mother died soon after having my younger brother; but as the Angel told me, I could still feel her and connect with her even at such a young age. For years I wondered if it was my imagination, as did everyone else until other messages started also coming true and giving my family a sense of hope and connection to spirit in a different way.

I soon after was warned I would be going through the loss of one of my grandmothers and my father due to drug overdoses.

In trying to warn my family of such things they did not want to hear it or listen to anything I tried to share and I eventually lost them as Spirit warned me would happen.  I was then adopted and began to explore and communicate with the spirit realm in a bigger way. Through this journey, I began building deep connections and understanding of how to receive messages from those that had transitioned from this physical realm.

The messages, signs, and what I now call downloads, and some may call visions, started happening on a deeper level beyond just the family I knew and the Angel Michael that often protected me. I began communicating with what I now know as Archangels Raphael, Metatron, and Haniel as well as Michael and a more wide connection to other spirits that have passed over.

As I grew older this sense of understanding became more known as a Spiritual Channel. As I asked the energies why I seemed to have this gift and why others were frightened or denying it, I was told that inherently almost all humans have this ability, but many choose to not acknowledge or interact with it.

This Spiritual connection goes beyond what many call mediumship and is in fact a frequency alignment to communicate with the Great Spirit, God, Love, Universe or whatever it is you want to name the energy that flows to create and guide us all here in this Earthly realm of physical life.

To me, the difference is rather vast and also due to a collective misunderstanding of what a psychic is thought to be in this day in age. Personally, I try not to use the term psychic to explain what I am doing because so often people assume that as a psychic you are going to be able to tell them the future. People will ask “Who am I going to marry,” “When will I get married,” “ How many kids will I have,” and the oh-so-common, “If you are psychic, what’s the next winning lottery numbers.” These questions always seem so silly to me as a Spiritual Channel because my understanding is though I get warnings and messages of the future, it’s not always concrete.

The Angels and Spirit have explained to me through my years of communication that though we have major destinies in our personal programming when we decide to be born Earthside, we also still have free will which gives us the ability to change our course at any given moment.

Psychics became popular for fortune-telling during the age of travelers and wanderers as a way to make money off locals who wished to see their future quickly. That being said, it was before we as a collective understood what it means to have free will and that anything is truly possible. As these psychics would make their predictions, some would come true and some would not. This still happens in many readings and even Soul Sessions that I run because if you change your course your future will also change.

From my perspective, there are even ways through Quantum healing and understanding that people are working to epigenetically change their pasts as well. But that’s a whole different discussion.

As for me the major difference between being a psychic and a spiritual channel is that I am not here to tell you your future, but instead, I aim to hold space and facilitate healing. I do this while creating a series of goals or messages to help you understand what you are currently working through or have been through and how to connect with spirit more deeply on your own.

As a spiritual channel, I am a vessel that has given permission to Spirit to speak through me to those that are willing to receive the guidance and clarity it is able to provide through me. I started doing this for others outside of my family with oracle cards, which are different than tarot and use a variety of imagery. I often get messages through various forms of “downloads.” Sometimes I internally hear them come through, sometimes I see a visual or a glimpse of something that is connected, other times I use my oracle cards which is especially fun to do after I give my intuitive message first, then we use the cards to get a confirmation for the receiver as they often have a way of bringing clarity or an added layer of guidance to the experience. Lately, though the messages have been coming through clearer and clearer even without the cards as it seems humanity as a whole is raising its vibration and more and more people are opening up to this Spiritual connection in a bigger way. This is really exciting as it makes many of us more empathetic and understanding of other beings around us which will hopefully help make this world a better place.

How does a soul session work?

I have a variety of session offerings these days from basic energy reading to diving into past lives, and quantum healings ( if you believe in that sort of thing).  My most basic and introductory sessions start out with a quick connection meditation around 2 minutes as we feel into what messages Spirit feels most important to transmit to you through me at the time of a session.  I typically give some channeled feedback and then if a person is interested, I will also pull a few oracle or angel cards for more guidance or confirmation.

During my sessions, I will often ask people if they wish to focus on a specific area of life and we can do our best. It is most common for people to connect on matters from relationships, career, schooling, anxiety, or grief processing of transitioned loved ones, all of which I have had mass amounts of experience in reading and channeling for at this point.

During this session,  I will begin to speak on whatever channels through. Sometimes I can give you clear, full messages, and sometimes Spirit talks in riddles or images like, “I see a fluffy rabbit and it’s bouncing around, it’s tan and near a green basket,” and my receiver will excitedly exclaim that it was the rabbit they had as a child or maybe their brother or sister that transitioned had growing up and it acts as a confirmation that there is something deeper connecting because well, I have no idea what the rabbit may mean, or a specific colored flower or tune.

Spirit speaks in many ways. As I mentioned earlier, sometimes the Great Spirit comes through, and other times it’s a transitioned loved one’s spirit or an Angelic entity. But most often what comes through is whatever the recipient is most willing to accept. If someone comes to a soul session not ready for the messages Spirit will honor that space and it will be more of a guidance session than a full-on transmission.

How can people connect with you?

You can easily reach me through my Facebook, either my personal profile, Shannon Shine, or my business page, Shantastic Shine. I also really enjoy it when people take time to check out my website, www.ShantasticShine.com, because I have so much to offer there as both a Spiritual Channel and as an Artist. One thing I really love aside from channeling for people is creating art and jewelry that Spirit also inspires. All of that can be found on my website.

If you are someone who prefers more direct contact and isn’t on social media, my direct email is , and that is totally an option as well.

Thank you for reading, thank you for taking the time to learn and find out about new topics, different ways to heal, to get guidance and more from many powerful confident warrior women.

PS: If you want to join a private community on Facebook to get resources, inspiration to improve your confidence, self-love, emotional eating, work on your holistic health, and more, you can do so here: http://www.facebook.com/groups/selfloveandconfidence 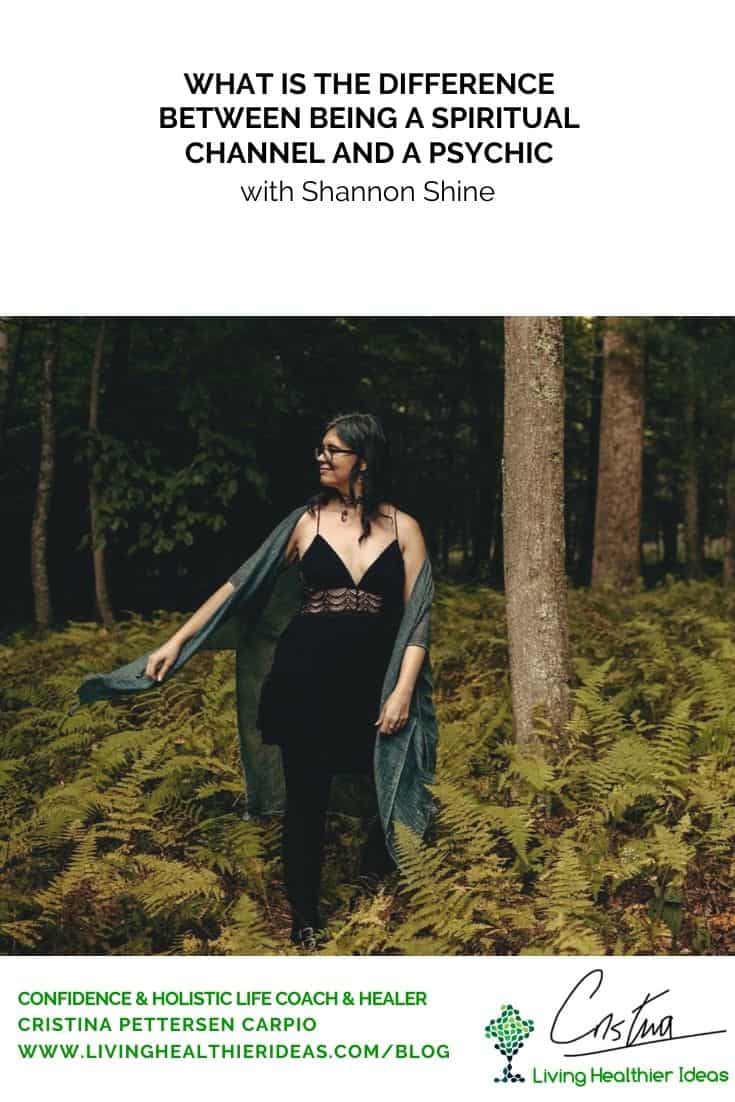 Love Yourself More With These Useful Resources 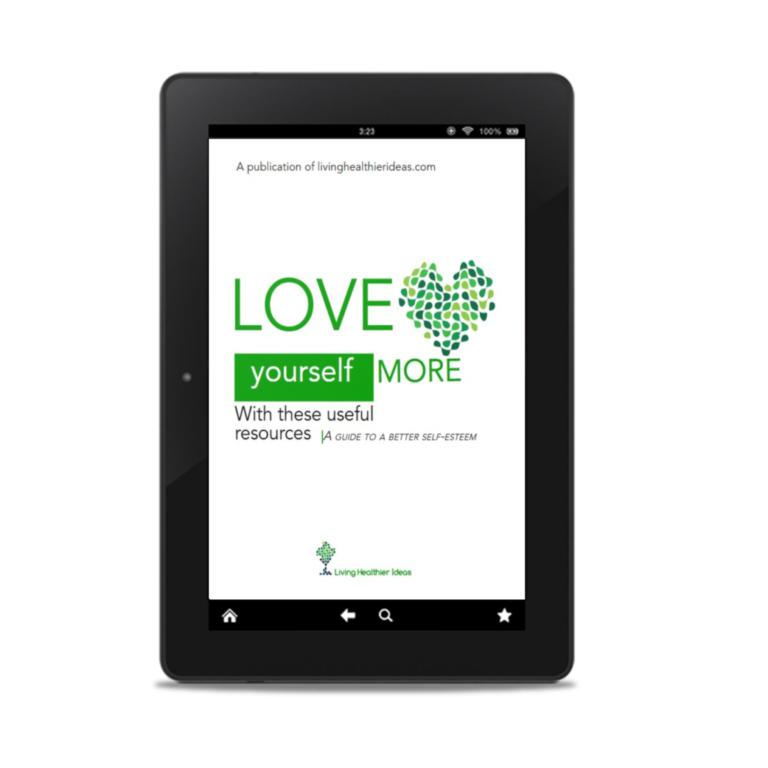